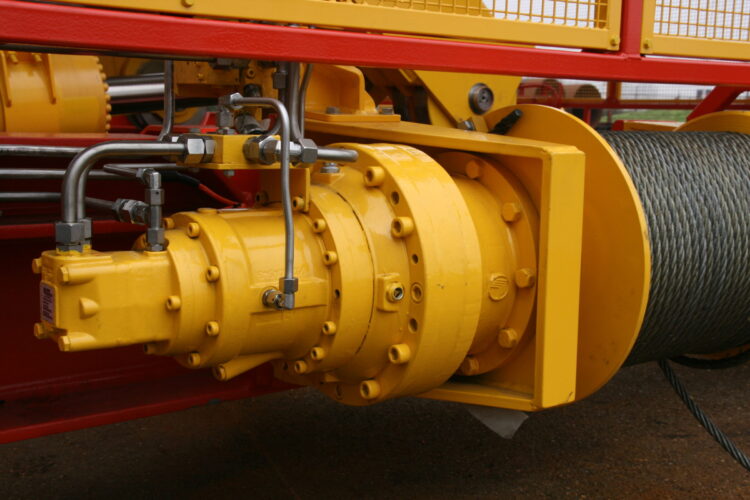 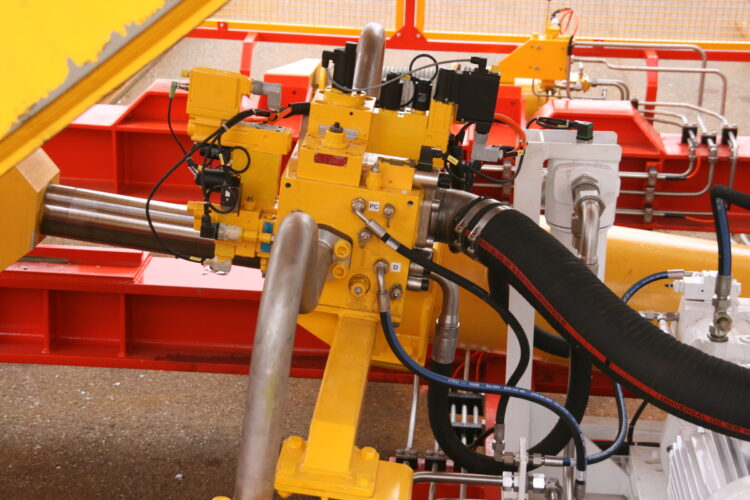 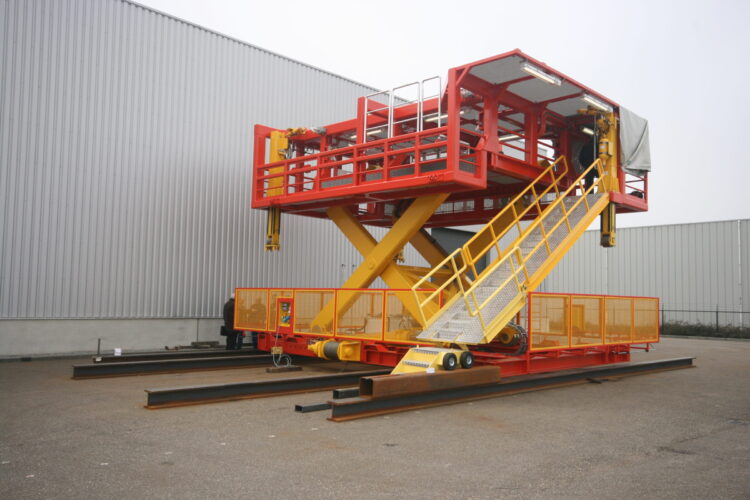 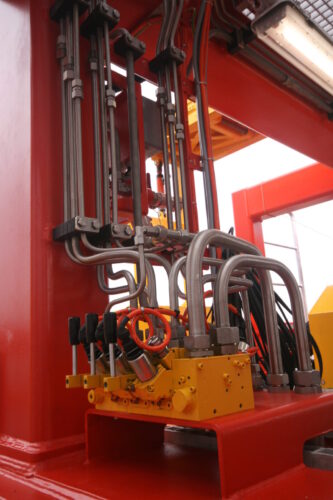 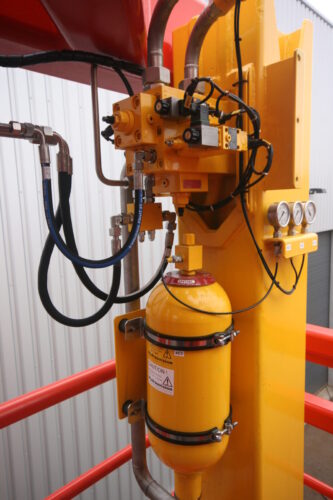 On this Spool Base, steel tubing is manufactured, which is then wound onto vertically positioned reels with a diameter of 24 m. The tubes may have a length of up to 1 km and a diameter between 6 and 16 inches. The reels are positioned on a floating vessel moored at the quay.

‘Where ten people are working under such precarious circumstances, safety has our highest priority. That is why the platform can be moved downward very quickly when the maximum load is exceeded.’

Upon winding up each new layer of tubing, manual actions need to be performed. This work takes place directly underneath the reels, at a height of up to 7 m. This is possible thanks to the Spool Base Work Platform, SBWP, which is similar to a scissor lift.

‘After the work platform has come to a standstill, the people present will be able to leave it quickly and safely.’