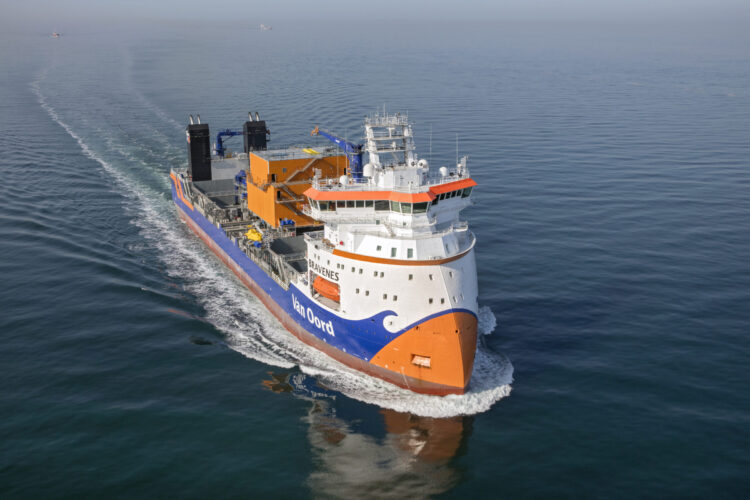 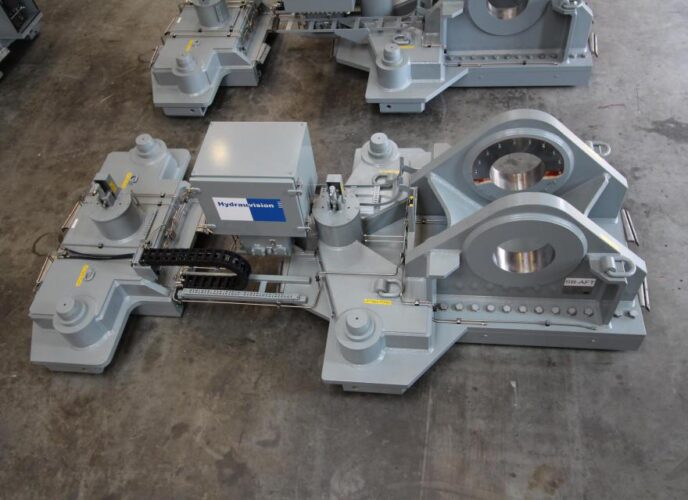 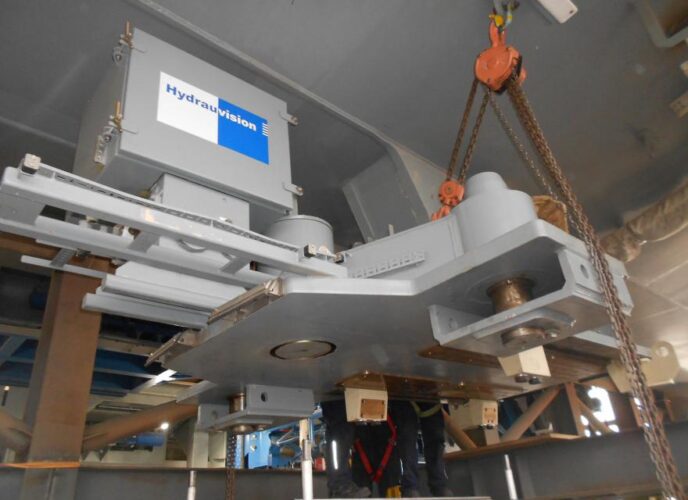 The skidding system was designed and installed by the company “Hydrauvision” and  consists of four skid shoes in combination with two skid boxes, hydraulic rams and a control  system. The skid shoes form the connection between the ship and the more than 1000 ton dead weight tower. Wave action places very large forces on the skid shoes.  Thanks to the skidding system, the vessel can now deposit dense rock layers close to the base of offshore platforms, or structures founded on monopiles.
Besides design and realization, Hydrauvision also supervised the installation of the skidding system on location in China, in particular the installation of the skid shoes under the tower and the positioning of the tower on the ship.